An original feature of the desktop version of Act has been revamped and dramatically improved for the web access version of Act! There is now the capability to view multiple screens in Act at the same time with each one opened in a separate window!

While the desktop version allowed you to have every screen opened in a separate panel it was difficult to lay them out so you could easily adjust them. The Web Access process is as simple as opening Act! initially to the normal screen you start with. Then open the browser a second time BUT with a right click and select the option New Window. This will be a totally separate session that you can adjust what size you want. In the picture below we added the Calendar and Task List to the Contact detail screen. You can keep going if you want. We have seen several of our customers switch to a larger monitor like 32 or 40 instead of multiple monitors. If you need to see more than will fit on your screen each of the three screens below could have another Tab or more. 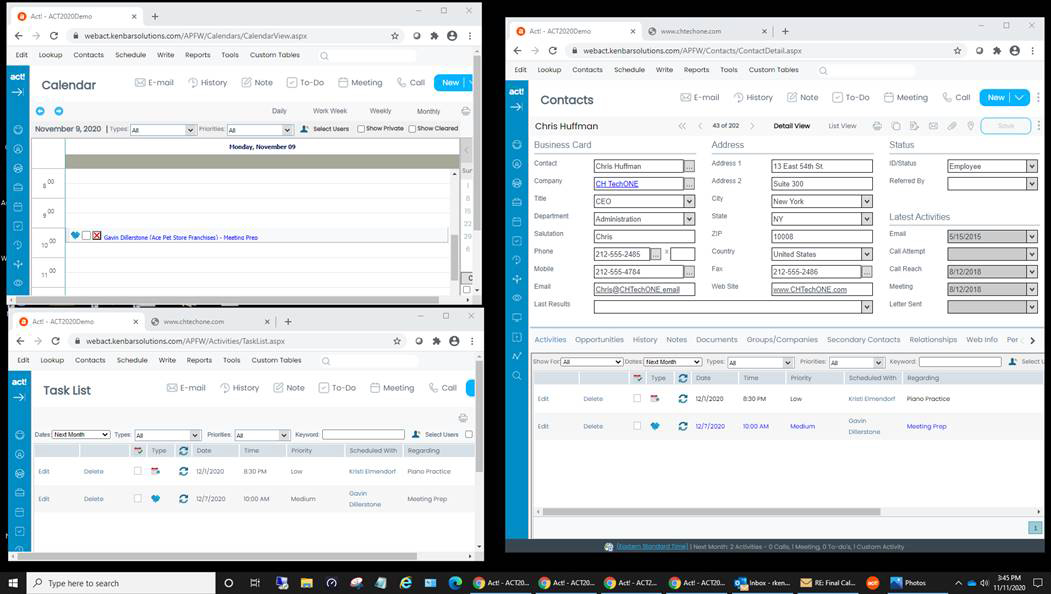