Have you ever wanted to Sort a Lookup you just created by more than 1 field? Like Country then State and finally City? The Sort feature has been in Act for years but many users never heard of it.

Sort is a menu item that has been in the Menu called Edit which is seldom used. When they created the Web Access they put in the Tools Menu so those users typically have seen it. When coupled with the ability to send that List to Excel it becomes a great tool. Another popular Sort is Company Contact Address 1. 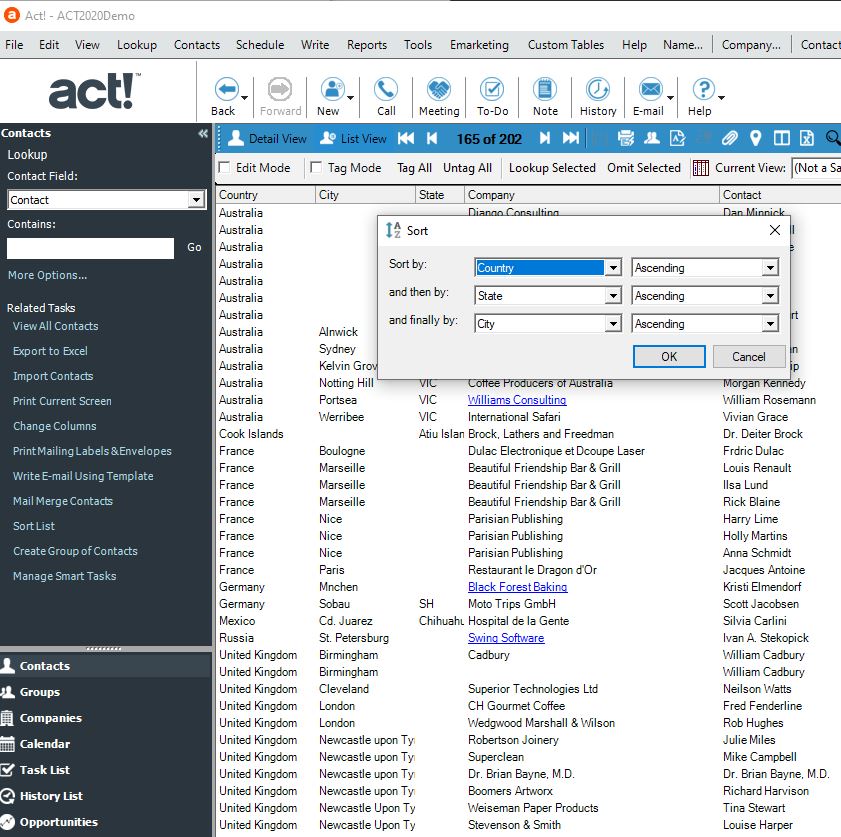 There you have it, a quick method to easily sort a Lookup you just created by more than 1 field!